Location: San Francisco, California
Current role: CTO at One Medical where I lead the product engineering, support, IT and security teams

What is your background and how did you get into management?

I started my career as a tech entrepreneur. A friend and I had an idea for a new way for people to collaborate and ultimately ended up starting a company called Increo our senior year at Stanford. We took funding April of that year, graduated in June, and ran the company full-time for a couple of years. At that point, we had a document preview technology that was particularly interesting for a number of companies in the document-collaboration space. We ended up deciding to sell that technology and go work for Box, which was also just a startup at that time, with about 40 people.

I went from my very first job being CEO of a small company and making it up as I went, to being a software engineer at a rapidly growing and scaling startup. The team at Box was just getting large enough that they needed to start thinking about engineering management. Due to my role at Increo, I was a fairly clear choice to lead one of the newly-formed engineering teams. However, when my boss, the VP of Engineering, asked me if I wanted to be an engineering manager, my first response was, “no.” I had a negative perception (possibly shaped by Dilbert) of what it would be like to be a middle manager at a technology company. Thankfully, I thought it over and decided I didn’t have much to lose. I gave the role a try, and the rest is history. The combination of technical grounding and exercising my influence through working with people and leading teams was a fantastic match for me.

What are the biggest challenges you face as an engineering leader?

Kimber: Team organization. Instead of having a front-end and back-end team or even teams focused on different areas of the product, we built teams that match to the experiences of people using their software. For example, there’s a Provider Experience team that is focused on the experience for doctors. There is another team that’s focused on the experience of One Medical members. This system largely works today, though it does require extra coordination between teams when multiple experiences converge in a single part of the product or codebase. I expect that as we scale we’ll need to figure out creative ways to get the benefit of having teams that are fully focused on serving a particular type of person and also the benefit of having code and parts of the product that are fully owned by individual teams.

Vidal: These teams then, they contain people in all different disciplines too?

Kimber: That’s a good question. The teams are your traditional product development teams: a product manager, designer, and three to six engineers. On some of the teams we also have a doctor that sees patients for part of the week and works directly with a product team for the other part of the week. In some cases we have operations or marketing representatives as well–it’s a good opportunity to make sure that we’re bringing in some of the people that will actually be using the software.

We’re a mission-oriented company. People join us because they are inspired by the mission of changing healthcare. We want to build exposure to that mission into the entire recruiting process and make sure that the people that end up joining us have a reason they want to work at One Medical (as opposed to any other company). Ultimately hiring is not just about adding people to the team, it’s about retaining great people over time. We want to make sure that the people that join us are going to be good fits for the long haul.

Second, I am a huge fan of the “no jerks” hiring philosophy, so each of our interviews has behavioral (I like to call them story-telling) type questions where we ask candidates how they handled all sorts of tricky situations in the past, for example, conflicts over technology choices.

The last thing I really care about in hiring is testing for skills that are related to what it takes to be successful on the job. Of course, we want people who are smart and who can learn new things quickly, but we would rather ask them to co-design a data model and corresponding systems with us than ask them to reverse a binary tree. The former is relevant to what we’re doing and the latter matters less.

What is your advice for managers who are just starting out?

One of the most confusing parts of getting promoted into management is figuring out what exactly you’re supposed to do. It can be easy to revert back to what made you successful as an individual contributor–getting through projects, solving problems and shipping code. Instead, take the higher level view and ask, “What would it take to make my team successful? What are the goals we’re going after and how can we target those goals in a way that makes sure we’re going to hit them?” Success becomes less about what you do as an individual and more about what your team can accomplish. Your performance is now that of your team.

Second, especially as a new manager, it’s really easy to get busy and skip one-on-ones. Don’t do that. One-on-ones are a built in opportunity to give feedback, support team members, and diagnose issues in the organization. If you’re uncertain how to make the best use of one-on-ones, I wrote a (three-part!) Medium piece on how to conduct great one-on-ones.

With every new level of management that you take on, the question of “What is my job?” comes up again. As you move up as a manager, it is assumed that you can do a good job with the team of people that report to you and success becomes more and more about the problems you can detect and resolve with your team of peers. Put yourself in the shoes of your team leader — “What if I consider myself my manager’s teammate?” The problems that you need to solve are the same problems that your manager is seeing across the organization. Be part of the leadership team of the technology organization as opposed to just the leader of the people who report to you.

What’s your workday like and how do you manage your time, the emails, etc.?

I do not have a typical workday, but I do design the meeting cadence for our department. What that means is, I think about what group meetings, leadership meetings, and technical decision-making sessions need to occur and all of that is designed and documented in advance. A lot of my schedule follows the different parts of this cadence.

I have also personally have been experimenting with a couple of things that I’m liking. One is having a scheduled session at the end of every day called “Do or Defer” where I go through all of the items that have come up throughout the day and I either progress through those items or I explicitly defer, delegate, or otherwise schedule those items to be taken on in the future. When we get stressed out, it’s often because our inflow is rapidly outpacing the time it takes to process that inflow and this session has proven to be pretty helpful with that so far.

Kimber: About a year ago, I started keeping Morning Pages as suggested in The Artist’s Way. A lot of successful people I admire have kept Morning Pages. I like to do mine digitally. Every morning, I type 750 words of reflection or I speed write my way through problems or issues that have come up or I just generally plan the day. I find that moment of reflection and typing meditation helps keep me centered. It also helps me work through problems and generate and evaluate ideas in a way that I wouldn’t be able to do if I didn’t take that time. It takes me about 15 minutes on a good day and about 30 minutes on a slower day, but it’s absolutely worth it.

Vidal: Interesting. I hadn’t heard of Morning Pages before.

Could you share an internet resource or tool that you can’t live without?

One is OmniFocus. I have used other to-do lists before (I used a paper to-do list for a long time), and OmniFocus is the only thing that is scaled to the workload that I have today. OmniFocus allows you to enter tasks and filter by project or context. At any given time, I can find the set of action items that are relevant.

For example, over the course of the week, I file projects to delegate, projects to check in on, meeting agenda items, etc. under each of my team member’s names as a context. When we have our one-on-one, and I can filter by that person and get everything related to them in one view.

The other app I love is an iOS app by Treebetty called The Done App. It’s a very simple habit tracker that allows you to track anything you want over the course of the week. I find that when I’m able to operate at my best, both personally and professionally, it’s because I’m fulfilling all those little commitments that we all make to ourselves.

This is so hard. I have a whole bookshelf of recommended books. If I had to pick one, especially one that I have revisited in the last year, it’s Multipliers: How the Best Leaders Make Everyone Smarter. It covers growth in leadership, and how leading becomes less about leading, per se, and more about empowering other people to lead. It touches on how to create an organization in which others are enabled to make decisions and do their best work. If you’re lucky, eventually your visible role as a leader will dwindle down to giving an inspirational speech every once in a while, but you’re really doing tons of work behind the scenes to help others be successful. I think that’s really the kind of leader that I would like to be.

Where can people go to learn more about you?

My Medium page. I publish something new every couple of months. Twitter is another great place to find me. 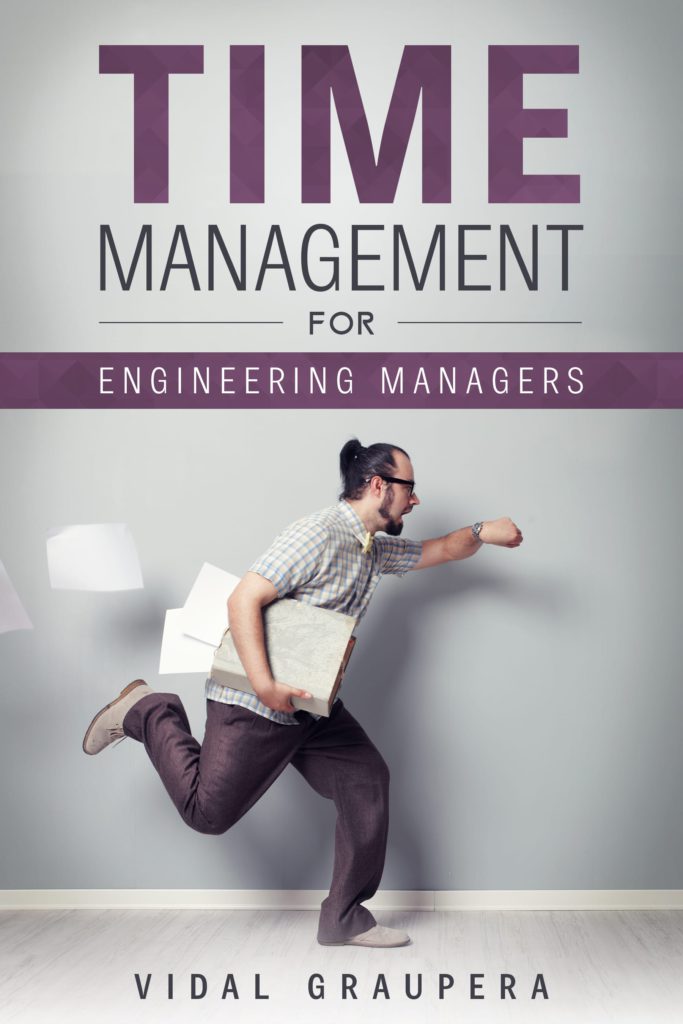 Do you find yourself saying, "I'd love to talk, but I've got to run…" Then this book is for you! Buy now

Listen to the ManagersClub Podcast on your favorite podcast player, so you never miss an episode.